At the moment this blog is written it is 30 degrees outside; a wonderful hot yoga / bikram temperature. If you are going to stand on your yoga mat with these kinds of temperatures, then you will probably feel pretty flexible, or more flexible at least than on a cold winter morning. You will probably also sweat a little more ... And maybe also go sliding on your yoga mat ...

You are right, I do slip on my yoga mat when i'm hot. Why is this?

Eko yoga mats take up limited moisture, yoga mats made of PVC do not absorb anything at all. As soon as you perspire, a layer of moisture will come between your palms and your mat, and it has nowhere to go. And then it happens that after your third sun salutation you suddenly no longer stand very firm in your downfacing dog and start to slither. Not nice. Fortunately, you are not the first with this problem and there is a solution ... the Yoga towel.

Why use a yoga towel?

Yogatowels have been developed to maintain grip during a warm (read: sweaty) yoga practice. You put a yoga towel over your yoga mat as an extra layer that absorbs moisture and therefore remains stiff.

An additional advantage is that a yoga towel is easy to wash out, with sweaty yoga no unnecessary luxury (and certainly not if you use a borrowed mat from the studio ;-)). But a gentle clean layer over your yoga mat is not only pleasant for intensive sweaty yoga classes. More people who do quiet yoga, such as Yin Yoga, Hatha or Restorative, also discover that a soft, clean surface that feels nice to your skin is much nicer. 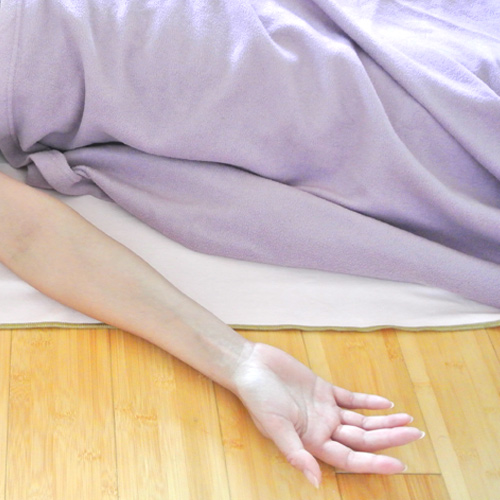 How do you use a yoga towel?

A yoga towel actually works opposite to a yoga mat. The towel is 'smooth' when it is dry and becomes stiffer as it becomes more humid. With your first sun salutations you are usually not yet warm and your palms and soles are also completely dry, and the towel may feel a little too smooth.

In order to maintain a good grip during the first first sun salutation you can also dampen the spots of the downfacing dog before you start with a plant spray or another spray. As soon as you are a few sun salutations and warmed up, the moisture in your palms and soles takes over. 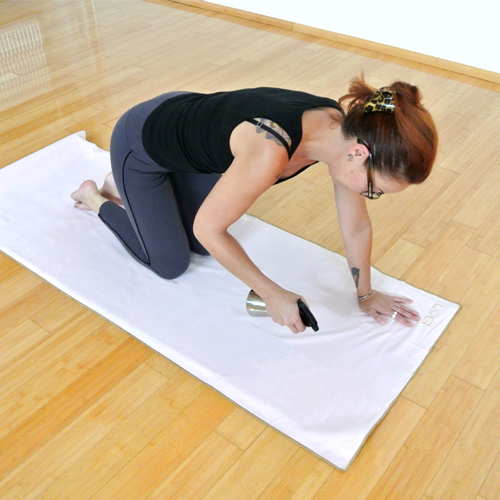 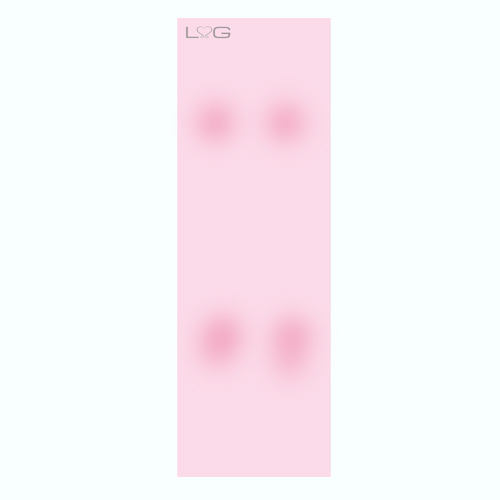 Do you have no water spray on hand? Then, during the first sun salutations, fold the towel a bit so that your hands are directly on the mat. As soon as you feel that you need to get the towel, you have folded it back so quickly. 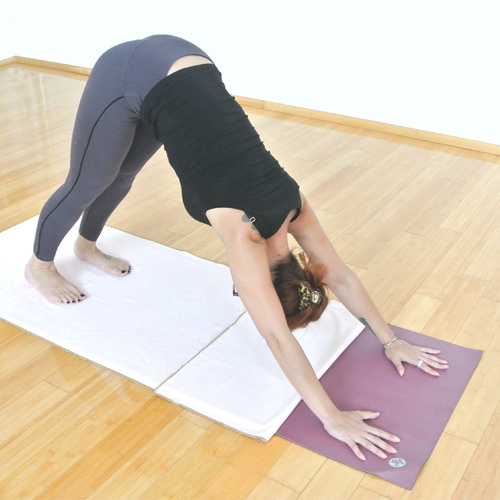 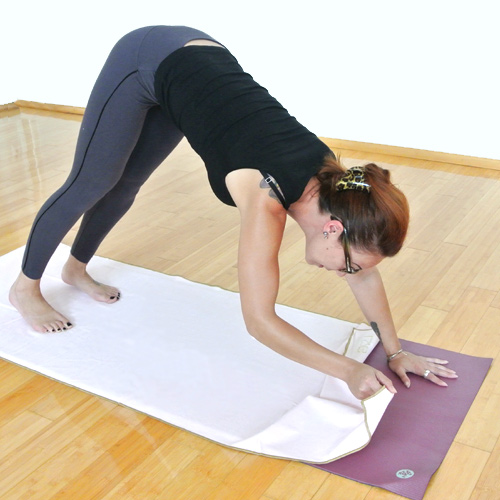 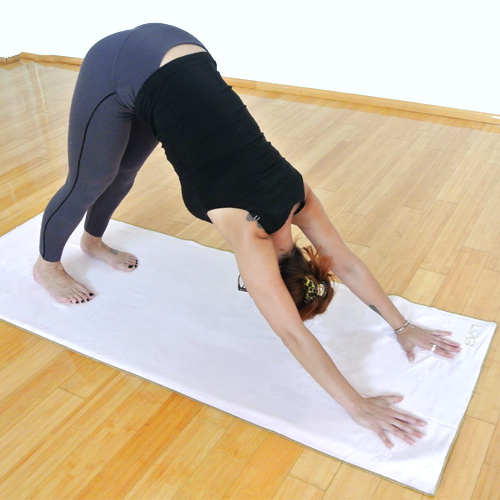 Does a yoga towel remain well during the practice?

That depends partly on your technique. If you use your bandhas properly, you should not or hardly have to drag the mat during vinyasa's and jumpthroughs. A nice opportunity to practice this extra.

Naturally, the material (microfibre and / or studs) also ensures that the towel keeps the best possible grip on your yoga mat during your practice.

Moreover, a yogatowel is usually just a bit bigger than the mat so that you can fold it a bit to keep it completely smooth and tight. 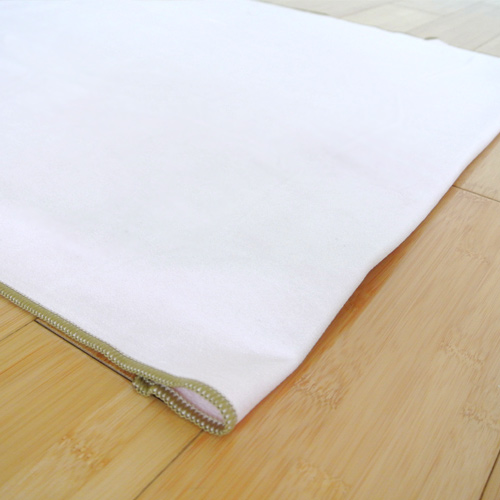 Can you use a towel without a yoga mat?

On a somewhat thicker carpet it should be fine, but on a hard floor it is not advisable because the towels stay well on soft ground or a yoga mat, but can slide on a smooth surface.

If you still want to work without extra underlay, take a look at the cotton yoga mats (yogarugs). You use the same thing as a towel, but these are a bit thicker, so what better suited for use on a hard, slippery surface.

How do you keep a towel clean?

Just put it in the washing machine at low temperatures and without fabric softener. Officially, the yoga towel is allowed in the dryer, but we do not recommend it. The material also dries very quickly in the air, and thus remains much smoother (and you do not have to iron it). If you use your towel for Bikram / Hot Yoga, you can put your towel for a night in a bath of water and vinegar before washing so that sweat (bacteria) can be removed properly.

Because a yoga towel weighs so little and is small, it is also a very nice towel for traveling and going to the beach.

Do not you use your towel anymore? Cut into pieces it can still be used as a polishing cloth; microfibre is very useful, for example, when washing windows.