'AAAAuuuuummmmm,' the sound of the mantra resonates in your body as you recite it. The vibrations can be felt from your base(chakra) to your crown(chakra). You may have experienced this at some point during a yoga class or meditation. Or as a kickstart to an hour of mantra chanting. Somewhere everyone knows this sound Ohm, or Aum, and you see the symbol depicted on meditation cushions, candles and necklace pendants.

But have you ever wondered where this word comes from? What it means? Or what effect the sound has on you? This blog explores this mysterious primal sound. By the end of this blog you'll know a lot more, and you may be able to experience for yourself what chanting this mantra can do for you.

The spelling of Ohm

Alternately, you come across the spelling Ohm, Aum or Om. They refer to the same sound. In spelling A-U-M, you divide the mantra into the three different sounds (actually already three different mantras) that make it up.

So Aum is the most clarifying and correct spelling. You can use the different spellings interchangeably, which is what I will do here.

What does ohm mean? Ohm is a very old and classical sound or mantra that represents the beginning of creation. Many religions believe that the universe, the creation of the universe, began with a sound. This sound is the sound Ohm.

So every time you chant Ohm, you make a connection with that eternal vibration that has been there since the beginning of things and is the creative source behind everything that exists. 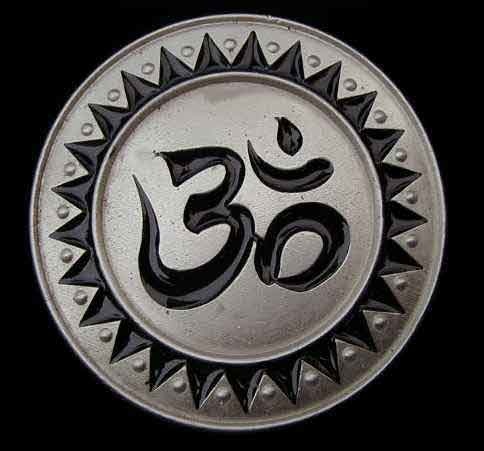 "If properly pronounced, this OM will represent the whole phenomenon of sound-production, and no other word can do this."
- Swami Vivekananda -

Where does Ohm come from?

The Ohm sign is one of the most important symbols in Sanskrit. The symbol looks beautiful, more on that later, but most of all you have to speak it or chant it to understand it.

The Laws of Manu[1] say the word was formed by Brahma himself, who derived the letters A, U and M, from the Vedas[2], one of each, explaining its mysterious power and sacredness.

The three letters together represent the experience of the infinite, cosmic consciousness.

[1] Collection of rules and regulations (dharma) with the task of determining the behavior of Indian people in daily life
[2] Ancient, sacred scriptures of Hinduism, large part oral tradition later written down.

Ornate, cursive, recognizable as something "Indian" or spiritual, the sign used to represent the sound AUM. Officially, this symbol is called Omkar. The different parts of the sign represent the states of consciousness described above. All the parts together is the infinite consciousness.

Om is the basis for many other mantras. A few well-known ones are:

Want to experiment with reciting or chanting Ohm mantras? Just try one that appeals to you and read on below for more tips on chanting. 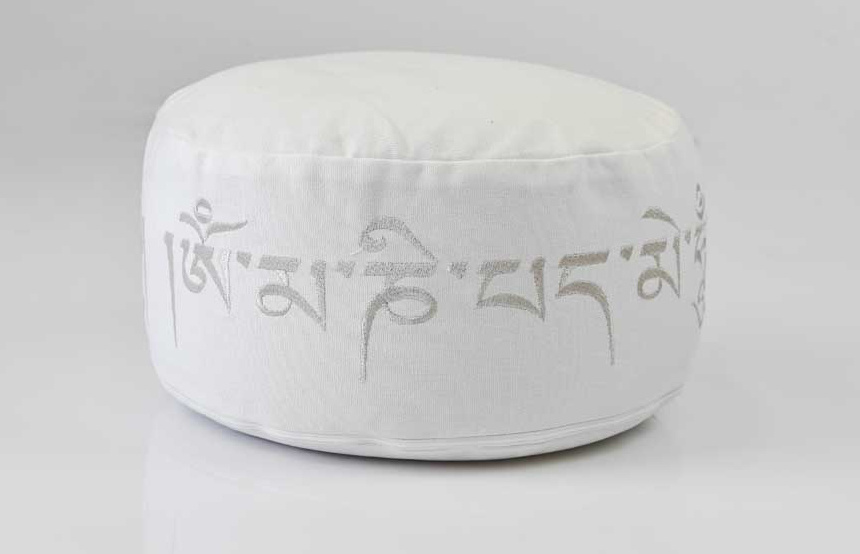 The sound Om consists of four sounds A, U, M and silence. When you chant Aum, you feel the vibration going from your base to your crown, so to speak.

In this video, Sadhguru - yogi and spiritual thinker and speaker - discusses the mantra AUM, how this mantra is not religious, but a universal sound.

In what posture do you chant Aum?

It is best to chant in a sitting posture, with your legs underneath you in a cross-legged position or on a chair. You can adopt a mudra with your fingers, or just rest them in your lap. Close your eyes and focus your gaze behind your closed eyelids on your third eye. Bring your attention to your breathing, then inhale deeply and begin the mantra on an exhale. Let all the sounds flow into each other. Between each AUM is a brief moment of silence. You can chant the mantra for as long as you like; to experience the effect, at least ten minutes is fine.

"If you want to find the secrets of the universe, think in terms of energy, frequency and vibration. The very foundations of our Universe, of matter and thought, appear to lie in sound vibration."
- Nicola Tesla -

AUM and its healing effects

Chanting Aum has a healing effect on your body, mind and spirit. The vibration of the sound is said to have an uplifting effect on the frequency of your body, achieving higher consciousness. Therapies against depression have been developed in which chanting Aum is an important part.

You can watch a beautiful movie about the effect of sound and vibration on matter and on humans here:

Raising Your Vibration or Frequency

What you actually do when you "raise your vibration" is that you move from more somber feelings to lighter feelings. This can be done in many ways. First, by getting out of your thinking and going to do something that raises your vibration. That can be walking in nature, or meditating, but also singing or chanting mantras.

To avoid confusion, I also mention that other "Ohm," the unit for electrical resistance used in physics and engineering. This term also has a beautiful symbol, the Greek letter for Omega. Ohm's Law states: voltage is current times resistance. The unit is named after a German physicist who was lucky enough to bear the beautiful last name Ohm.

Bringing more Ohm into your life

As a yogi, you are somehow connected to the primal sound AUM. Perhaps you enjoy seeing the graceful Ohm sign during your daily practice, reminding you of the creative source of everything. This sling for your yoga mat features the mantra "Lokah samastah sukhino bhavantu Ohm shanti shanti shanti shanti" in Sanskrit.

And this yoga block from the Love Generation brand, is just that little bit more special than a simple cork one. 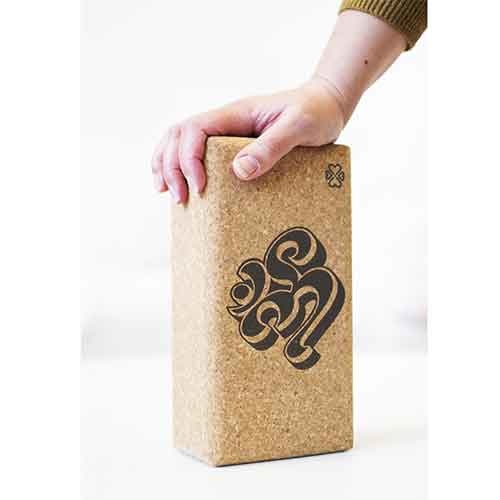 Vibrating in the quantum field

Whatever you choose to do with the primal sound AUM, the symbol Omkar, or the vibrations in your life, this primal vibration is still there. That we vibrate, that we are made up of vibrations, just like everything around us, becomes clear when you start studying quantum mechanics. Our universe consists of one big vibrating quantum field, which we do not notice at first.

Choose the things that keep your vibration high, such as focusing on feeling love and gratitude, getting out in nature, detoxifying your body and eating healthy food, practicing yoga or qi kung or connecting with like-minded people.

What Does Namaste Mean?